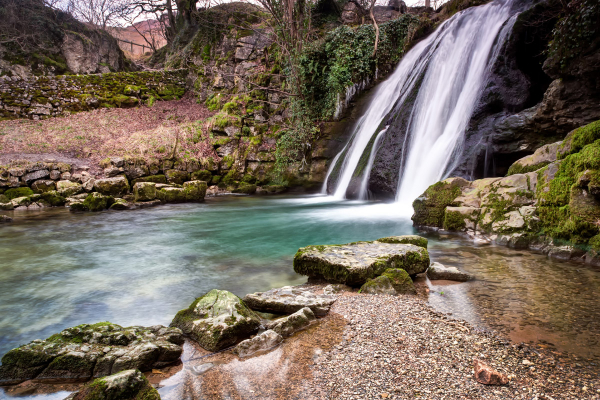 1.3 miles away from Beck Hall
Janet’s Foss is a mystical waterfall which takes around 30 minutes to reach on foot from Beck Hall, Malham.

Look out for Janet (also known as Jennet), the ‘Queen of the Fairies’. Legend has it she lives in a cave behind or near the ‘foss’ (the Nordic word for ‘fall’).

The crystal-blue pool was traditionally used for ‘sheep dipping’, which was once quite a social occasion. These days, you’re more likely to find a walker stopping off for a dip during a summer’s stroll.